This month's challenge is brought to us by the adventurous Hilda from Saffron and Blueberry and Marion from Il en Faut Peu Pour Etre Heureux.

Although I had made creme brulee, ganache, and mousse on other occasions, this challenge for me did not turn out to well as you can see from the pic. I was hesitant to post it, but when I read other posts, a few others had the same problem although most other daring bakers' logs came out beautiful! 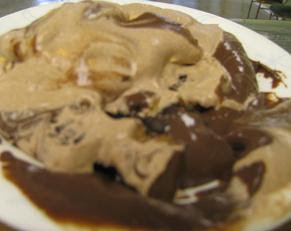 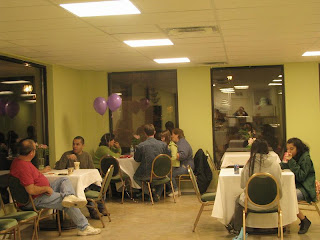 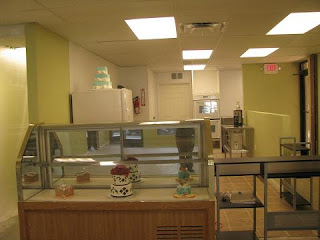 We finally rec'd our final approval from Dept of Agriculture! YAY!! It's been a loooooong stressful process, but we are finally ready to open! Here are some pics of our small, but functional and LEGAL (YAY YAY YAY!) space.
Posted by Once Upon A Cake at 10:43 AM 0 comments

Here are a couple of pictures of the bakery. It's been a very LOOOOOOOOOOOOONG process. We signed the lease back in April, but the Dept of Health (bakeries are usually under the Dept of Agriculture, but because we will be offering light lunches, we are under Dept. of Health), nixed the first set of plans. The guy from the Dept. of Health was kind of enough to make a floor plan that would work, but because the second unit we have is free for six months we did not want to be tied to that second unit. Complication due to the location of the bathroom. What you see here is a plan Tracee came up with. The wall creates a hallway leading to the bathroom that prevents clients from going through the kitchen which was the problem with the first set of plans (which we did not come up with). So now its almost mid-November and we are almost done! 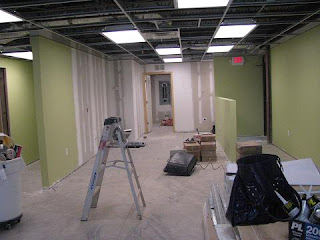 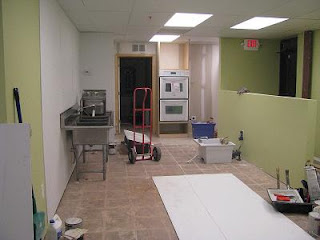 September's challenge was lavash crackers! Mine came out more like pita bread, but they were still very tasty!!! 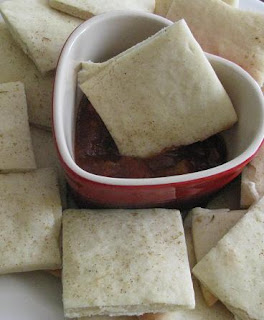 I had been wanting to try this and finally had the opportunity. (My husband has been away on a business trip for a week. He should be home in an hour! He loves fondant cake and I made this litte heart shaped one). I used tip #2 (#3 was too big). I used a flat brush and gently pulled. Using the same bag I did the leaves and did the vines as well. I think it came out pretty good! 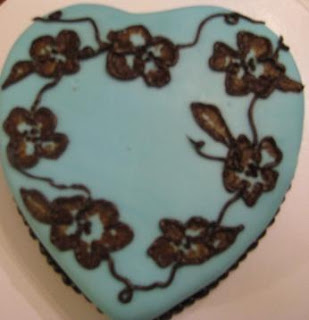 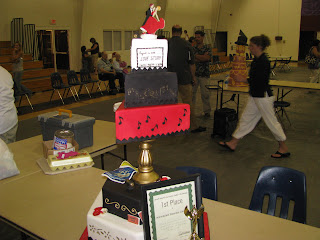 YAY! Zoe won 1st Place in the Intermediate Category. (Shhhh! The judges said she should have been in advanced and if she had been competing in that category she would have placed. I won't say what place.)

It was a lot of fun. She did get a little nervous because of the time, but like she did to me last year, I told her keep going, we can do it! If you'd like to see more, go to: YOUTUBE VIDEO

At ICES I attended a demo (Marciella's Secret Bra). It was not as complicated as I thought it would be. You do need a pattern or cutters and some other tools, but all in all it was pretty easy! Here are ones I did. 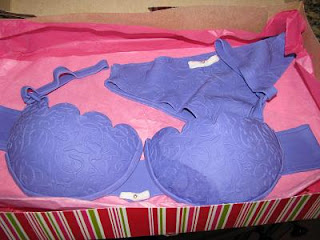 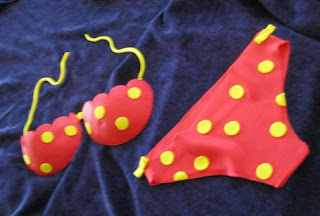 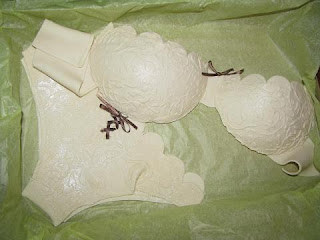 This year's theme is SHOWTIME!

This year I will be assisting Zoe (who was my assistant last year). She has her design all ready and its a great one!

We only have two hours to complete the cake, but like last year, the cakes are brought in pre-iced and we can bring in 20% of the decorations all ready made. They had to have been made by the designer or assitant not bought ready made from a store.

If you are interested in seeing the challenge, please contact Carol Williams at
Razzle Dazzle Cakes and Sweets
706-867-0749.

This year the annual convention was held at the Contemporary hotel in Walt Disney. It was a lot of fun! Lots of demos, lots of cakes on displays and lots of vendors.
There were cake artists from all over the country as well as cake artists from Canada, Australia, Brazil, England, Peru, Argentina, Mexico and other countries.

I recommend any cake artist (beginner or advanced) to join ICES (http://www.ices.org).

Below are two examples of cakes that were part of the demos. 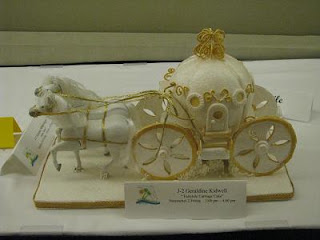 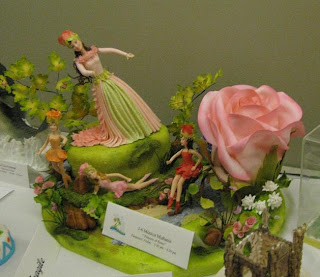 Very talented people from all over the world had displays in the cake gallery. Next year's ICES Convention will be in Illinois. Hope to see you there!

This event was hosted by Carol William of Razzle Dazzle Cakes in Dahlonega, GA. There were two divisions: Intermediate and Advanced. Five cake designers participated in intermediate and six in advanced. The event took place at The Castle in Dahlonega.

After having seen the challenges on TV, I was a bit nervous, but excited that I was chosen to be one of the participants. I debated whether to accept and after prayerful consideration and support from my family and friends, I decided to go for it. If anything, it would be a great experience.

The cake could be dummies or real cake. The finished product had to be three feet tall and we were allowed to bring it covered in icing, but not stacked. That saved a lot of time!

My idea was to have a *tree* going through the cake signifying the couple's growing relationship. The bottom part of the tree had a heart *carved* into it with the couple's initials. The middle part of the trunk had another heart with, "She said YES!" and the top part had the couple's wedding date. It was decorated with the Cherokee Rose (Georgia's state flower), bunnies, butterflies and ladybugs. It was topped off with two bears made of fondant. The groom sported a top hat and bow tie and the bride a white veil and a pink bouquet. 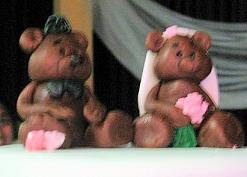 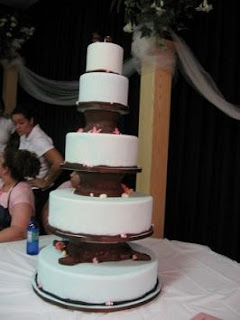 My assistant, Zoe was a gem! In the middle of the challenge, I sat down and said, "I'm done. I can't go on." She looked at me and said, "Girl, stop messing around and keep working." We had a great time singing along to the background music and telling jokes. It was very hot inside and the royal icing was just not cooperating so we had to adjust the design a little. In the end we got through it on schedule (we had three hours to finish).

We were so happy to have placed second in the Advanced division. 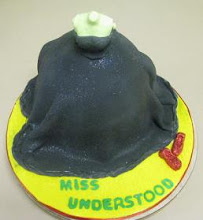